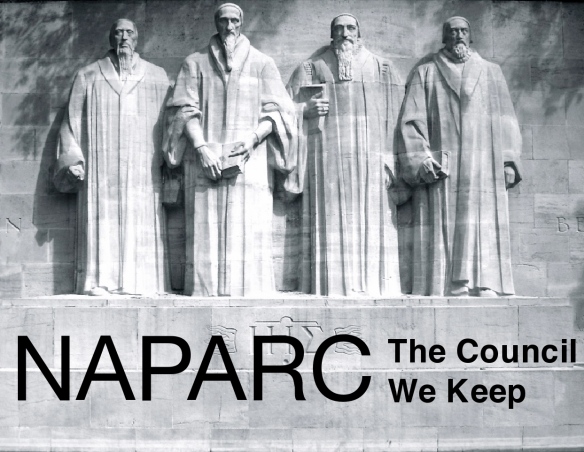 The North American Presbyterian and Reformed Council first convened in 1975 because of a commitment to the biblical teaching that Christ’s Church ought to, ideally, be united.  The multiplicity of Reformed and Presbyterian denominations did not originate in post-Reformation church splits; rather, these denominations were previously distinct from one another due to language barriers.  But after these immigrants arrived in the “New World” and English and became the language of their worship services, it became apparent that they ought to establish ecclesiastical (i.e., churchly) unity with like-minded brothers and sisters.

The basis of this unity was not a common religious experience (those ebb and flow and will vary from person to person).  Instead, the foundation of this new council was a shared understanding of God’s word, which is expressed by the Westminster Standards (i.e., Westminster Confession of Faith, Shorter Catechism, and Larger Catechism) and the Three Forms of Unity (i.e., Belgic Confession, Heidelberg Catechism, and Canons of Dordt).

In other words, what the Presbyterians, who had spoken English and descended from the United Kingdom, and the Reformed, who had spoken languages like Dutch and German and came from Continental Europe, recognized was that there were actually “Six Forms of Unity”.